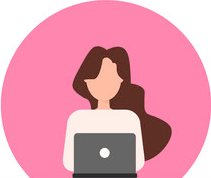 In today’s era of computers, Quantum computing is no doubt one of the hottest topics at the current frontiers of computing, or even of the whole science. It sounds very attractive and looks very promising. There are several natural basic questions to ask before we start to explore the concepts and principles as well as the mystery and potentials of quantum computing.

What is quantum computing?

Quantum computing is the area of study focused on developing computer technology based on the principles of quantum theory, which explains the nature and behavior of energy and matter on the quantum (atomic and subatomic) level. 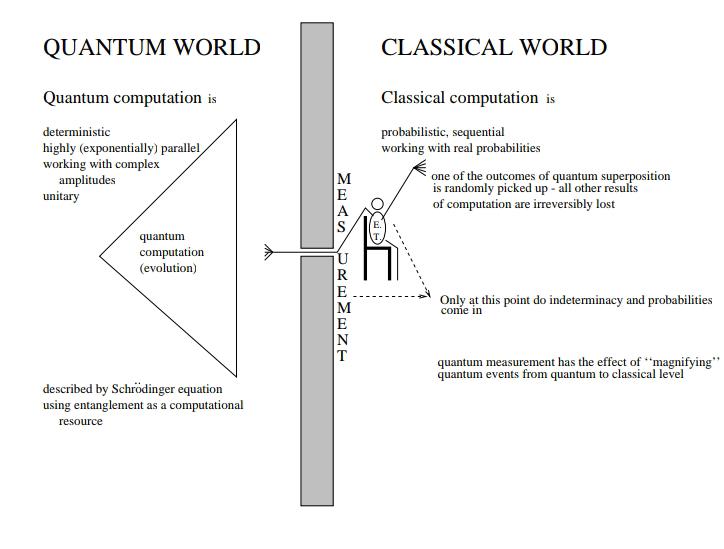 Quantum computing is a potential. There are already results convincingly demonstrating that for some important practical problems quantum computers are theoretically exponentially more powerful than classical computers. Such results, as Shor’s factorization algorithm, can be seen as apt killers for quantum computing and have enormously increased activity in this area. In addition, the laws of the quantum world, harvested through quantum cryptography, can offer, in view of our current knowledge, unconditional security of communication, unachievable by classical means.

Can quantum computers do what classical ones cannot?

Where lie the differences between the classical and quantum information processing?

Some of the differences have already been mentioned. Let us now discuss some others. Classical information can be read, transcribed (into any medium), duplicated at will, transmitted, and broadcasted. Quantum information, on the other hand, cannot be in general read or duplicated without being disturbed, but it can be “teleported”. In classical randomized computing, a computer always selects one of the possible computation paths, according to a source of randomness, and “what-could-happen-but-did-not” has no influence whatsoever on the outcome of the computation. On the other hand, in quantum computing, exponentially many computational paths can be taken simultaneously in a single piece of hardware, and in a special quantum way and “what-could-happen-but did-not” can really matter. Acquiring information about a quantum system can inevitably disturbs the state of the system. The tradeoff between acquiring quantum information and creating a disturbance of the system is due to quantum randomness. The outcome of a quantum measurement has a random element and because of that, we are unable always faithfully infer the (initial) state of the system from the measurement outcome. Perhaps the main difference between classical and quantum information processing lies in the fact that quantum information can be encoded in mutual correlations between remote parts of physical systems and quantum information processing can make essential use of this phenomenon—called entanglement—not available for classical information processing. Another big difference between the classical and quantum worlds that strongly influences quantum information processing stems from the fact that the relationship between a system and its subsystems is different in the quantum world than in the classical world. For example, the states of a quantum system composed of quantum subsystems cannot be in general decomposed into states of these subsystems.

Quantum computing is a big and growing challenge, for both science and technology. Computations based on quantum world phenomena, processes, and laws offer radically new and very powerful possibilities and lead to different constraints than computations based on the laws of classical physics. Moreover, quantum computing seems to have the potential to deepen our understanding of Nature as well as to provide more powerful information processing and communication tools. The power of quantum computing is based on several phenomena and laws of the quantum world that are fundamentally different from those one encounters in classical computing: complex probability amplitudes, quantum interference, quantum parallelism, quantum entanglement, and the unitarity of quantum evolution. In order to understand these features, and to make a use of them for the design of quantum algorithms, networks, and processors, one has to understand several basic principles which quantum mechanics is based on, as well as the basics of Hilbert space formalism that represents the mathematical framework used in quantum mechanics.

I hope you have enjoyed the post and get to know something about Quantum Computing :)

Thank You, Priya Singh and Bhagyesh Shikarkhane for sharing and contributing to Us.